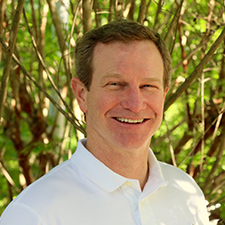 Born in Irving, Texas, and raised in Naples, Florida, Andrew Conrad attended Covenant College near Chattanooga, Tennessee. While at Covenant College Andrew studied Sociology and Youth Ministry and played on the soccer team. After marrying his wife, Michelle from Fredericksburg, Virginia, they moved to St. Louis where Andrew attended Covenant Theological Seminary. Andrew received his Masters of Divinity from Covenant, Andrew and his family moved to Richmond, Virginia where he served as Associate Pastor of Youth Ministry for eight years. In July of 2005, he began the work of starting Spring Run Presbyterian Church. He is the chair of the church planting committee of our presbytery (regional churches from Fredericksburg to Richmond).

Andrew and Michelle live in Woodlake. They have four grown children (Hanan, Riley, Clara, and Ethan), a son-in-law, and a grandson. Andrew says, “I love soccer but too many knee surgeries have redirected my passions to other outdoor activities like kayaking, backpacking, and golf. I also enjoy visiting breweries and wineries with friends.” Contact Andrew 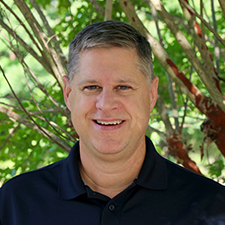 Brian was born and raised in Midlothian. He became a Christian through the ministry of Young Life in high school. Brian was on staff with Young Life for 14 years. He received his undergraduate degree from Virginia Commonwealth University, his Masters of Divinity and his Doctorate of Ministry Degree from Covenant Theological Seminary in St. Louis. Brian and his wife Julie have three children and three grandkids.  Brian loves to fish, read and develop resources to help people grow in their relationship with Christ. You can check out his website at www.gospelchange.com. Contact Brian 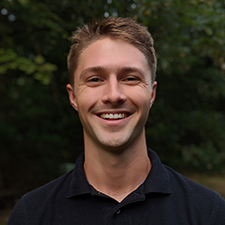 Jake was born at Langley Air Force Base in Virginia and grew up in a military family that spent several years in Ohio, Hawaii, Germany, and eventually northern Virginia. Jake was homeschooled for his entire life until attending James Madison University. Throughout high school and college, Jake spent several years interning with church youth programs and summer camps. After graduating and marrying his wife, Moriah, in 2017, they moved to Charlottesville where he worked for a property management company for two years. Sensing a call to youth ministry, Jake and Moriah moved to Woodlake to attend Spring Run. They have one daughter, Emerson, who was born in 2020. Jake is currently working towards a Masters of Divinity degree through Reformed Theological Seminary. 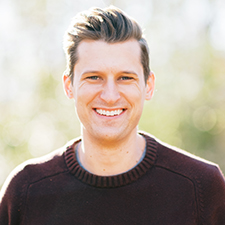 Taylor has been a part of Spring Run since it was planted. His membership on the worship team has constantly been active and started on bass and has now transitioned to multiple instruments including guitar and vocals.

Taylor received his Bachelor’s in Music with a focus in String Education from James Madison University. He is a licensed teacher in the Commonwealth of VA certified in Instrumental and Choral Music Prek-12. He is also a certified GAMA Guitar teacher and received continuing education credits through Ohio State University and Virginia Commonwealth University. Apart from serving as a section and principal bassist in multiple different orchestras, Taylor also has led worship services throughout Virginia in a variety of capacities. He spent time leading with Young Life and was actively involved with his church in Harrisonburg, Covenant Presbyterian.

Taylor and his wife Rachel have been happily married since 2015. Rachel is currently a content writer and strategist. They live with their daughter Adelaide, who was born in 2016, and son Abel, who was born in 2019. They also love spending time binge-watching different t.v. shows (Ted Lasso, West Wing, etc.) and going to Charlottesville on a whim. Contact Taylor 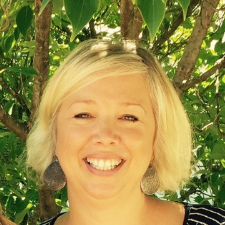 Martha was born in Monterey, CA but as an Army brat, grew up living in multiple states before landing in Northern Virginia during High School. She and her husband, Ed, moved to the Richmond area in 2005. They have 2 teenage children, Jeremiah and Samantha.

As a founding member of Spring Run Presbyterian Church, Martha performed many administrative functions and played an integral role in inviting people to church when the church was in its infancy. All these years later, she is excited to be on staff and continue serving the church. Martha enjoys supporting her children in all their activities, and spending time with friends and family. Contact Martha

Lauren was born and raised in Chesterfield, Virginia. Lauren attended Mount St. Mary’s University in Emmitsburg, MD, where she received her undergraduate degree and played collegiate basketball. A year later, she obtained a teaching degree from VCU. She taught students with Autism in Chesterfield County Public Schools for seven years before staying at home with her children.

After a few years at home, Lauren accepted a position at Bethel Baptist in Midlothian where she served for five years on staff as the Children’s and Youth Minister. In early 2022, she began serving Spring Run as the Children’s Ministry Director. Lauren finds it a great joy and absolute privilege to serve the church.

Lauren and her husband Jason have three children: son Coen, born in 2014, daughter Elliott, born in 2016, and daughter Everly, born in 2017. The Moores live in Powhatan. Lauren enjoys the sunshine, coffee, loud music, and adventures with her children. Contact Lauren 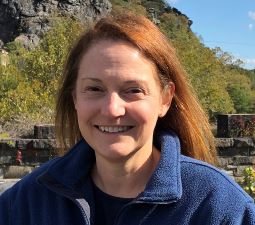 Doris has a Bachelor of Science degree in Business Administration and was employed as a CPA in the early years of her career. In 2011, she earned a Master of Arts in Education and served on the student ministries staff at her church for six years. As a result of participating in numerous domestic and international mission trips during that time, Doris was led to serve the homeless community. She worked at a daytime drop-in center for the homeless as the Communications and Volunteer Manager for four years.

Doris is originally from Seattle, Washington. She and her husband, Michael, have lived in a variety of places prior to moving to Midlothian, VA in 2021. They have two grown children and extended family located all across the country. In her free time, Doris loves to walk, kayak, read and travel.  Contact Doris

Worship with us Sundays at 10AM